extremely unpopular opinion: I think the saiyans ruined dragonball - or at the very least are a big symptom of a bigger problem (read to the end)

Now let me explain before you kill me and let me say that there isn't a part of this series that i dislike, really i even like GT. But there is a problem DB has now that I can't ignore and has only gotten worse and it started with dbz

The introduction of the saiyans. They caused (imo) a downward spiral that this series will never be able to recover from. I don't hate the saiyans as a concept, in fact Goku being revealed to be an alien made perfect sense since he Cleary wasn't human (he even turned into a giant monkey), But i'm going to list off my problems with saiyans and why i think they ruined dragonball (again all imo).

The saiyans are the victims of and perpetrator of extreme power creep in this series. Goku and Vegeta are the two main characters in Z and Super, instead of letting them grow through hardwork the series instead hands them huge power boosts and uses the fact that their saiyans as there explanation. Overtime the saiyan race just became ridiculously overpowered and it also takes away a lot of the accomplishments that goku had. I still strongly believe that the saiyans should've only had oozaru and that the other transformation were from other sources and not because they were saiyans (like ultra instinct, a cool idea but came a little too late)

phew that's a lot and this is just a few reasons, i could go on. I'm not the best at articulating my thoughts and feelings but I wanted to get my opinion on the Saiyans out there because I love this series and am super passionate about it. My first introduction to dragon ball was budokai tenkaiichi 3 for the nintendo wii which my nan bought me randomly one day and i didn't even know there was a series before z until atleast a decade later. I hope you can see that i'm not trying to be negative and to hate on the popular part of this franchise, i'm just trying to give some criticism and share with others some problems i have with the franchise. Remember You can love a series and also be aware of it's shortcomings and what it could've done better and i think the saiyans were mishandled

( ironically enough though the saiyan saga is joint first place for my fav saga)
Click to read more...
Reactions: Beerus and Kid Goku

I had posted this already on r/dragonball to a lukewarm reaction. I am not looking to start a fight, far from it. Instead i'm hoping to find people that can see where i'm coming from whether they necessarily agree or not. If i was being more generous i would say that the saiyans aren't the problem but the over reliance on saiyan transformations are. To me, though iconic the reveal of ssj is where this series lost it's charm to me. In my opinion Dragon ball is timeless and perfect all the way to the frieza arc, from the android saga onward is fell off hard. 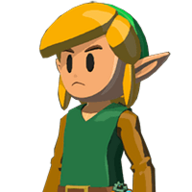 I 100% Agree!
Things like making Goku less Special, and Saiyans being OP really Sucks!
And when it comes to Rage Boosts Gohan is probably the Worst offender because almost all of his Power stems From them which is why i dont like him nearly as much as Goku!
And Yeah Earth really just suddenly turned into our earth but with like 3 Animal People and round Houses!
Reactions: DJ12_G1

Kid Goku said:
I 100% Agree!
Things like making Goku less Special, and Saiyans being OP really Sucks!
And when it comes to Rage Boosts Gohan is probably the Worst offender because almost all of his Power stems From them which is why i dont like him nearly as much as Goku!
And Yeah Earth really just suddenly turned into our earth but with like 3 Animal People and round Houses!
Click to expand...

Ditto on Gohan, mainly teen and adult gohan (i love kid gohan). I will never understand his popularity, his defining moment came out of nowhere as at no point did gohan ever show that he didn't like fighting or was a pacifist, hell he never even met android 16 and his best friend is his dads best friend! Gohan has trained like what 2 years max? and now in the latest movie he's hinted at being stronger than goku like talk about privilege. The thing is i like nerd gohan, which the fanbase seems to hate because at least then he has a personality and interests.
Reactions: Kid Goku

If you boil everything down, the problem really started when we learned that Saiyans grow in power when they get beaten half to death. This basically set the standard that no matter how tough the enemy is, they will eventually overcome them.

I think the power scaling wasn't that big of a problem with Saiyans until they started just throwing Super Saiyan around like a wet rag. It cheapened it. DBS (while I understand it has meaning in Japanese culture) further did this by reducing it to just being a tingle in the spine.

Mix this all in with rushing certain parts of the story and well, you feel like the entire story around Saiyans, specifically Goku and Vegeta, is busted.

I like the transformations, some more than others, but I think the approach should have been different. GT introduced SS4 which I think was fantastic to blend in the harnessing of the great ape's power with the ability to control it but we know Vegeta already had control of his form when he first showed up on earth so it kind of didn't make much sense by the time GT rolled around. Also, it should have been called something separate - like Saiyan Primal - as I have said before.

Goku really only has one weakness and that is his addiction to wanting to fight everything with a heartbeat that is strong. Vegeta has had massive growth in the series but his weakness still remains his ego and arrogance.

Overall, I think it has caused issues, more so in DBS than DBZ but regardless of that, I still enjoy the entirety of the series.

I think the Boo Saga ruined Dragon Ball, and the Saiyan hype wasn't even THAT bad before the Boo Saga as well, because Piccolo could still keep up, and Krillin, Yamcha, and Tenshinhan were still respected in power. The biggest reason that GT and DBS are as bad as they are is because they have to work with the problems the Boo Saga introduced, even if they're both still worse in quality than the Boo Saga.

Yeah, there's a reason that the Boo arc is the final saga of the original series. Toriyama had mostly run out of ideas with the Freeza arc, and creatively there wasn't much else to do. Most of the character arcs were wrapped up in the Cell arc.
Reactions: Yoshi