I hope Nail posts this.

Saw this forum advertised on the XenForo forums and figured I'd stop in and say hello. I've been a DB/DBZ fan for quite a long time at this point, 90s-ish. Admittedly, I'm behind on the recent things, though I have seen the Battle of the Gods and Resurrection F films, so I am at least somewhat familiar with the SSG/SSGB aspects, along with Beerus and Whis and their food lust. Beyond that, I'm a tad out of touch. I am also a huge fan of the DragonBall Z: Abridged series, as the username might suggest, and have been for many years. I love what TeamFourStar have done with the series, it's a very funny take on an amazing series that breathes a lot of new life into it.

Outside of DB I'm a huge fan of all things Tolkien and I'm working my way towards collecting as many of his books (Middle Earth and non-Middle Earth based works) as I can. He was an exceptional world builder and I love reading his work. I'm also a big video game fan, I tinker with a lot of websites and do a bit of web development, and I'm a bit of a sports fan, with particular interests in the Dallas Stars of the NHL and my hometown football team, Bolton Wanderers Football club. That's pretty much all there is to say about me in a nutshell, so there's that and I look forward to seeing how this site pans out!

Hello and welcome!
So glad to see new members joining, I do hope you like it here!
Reactions: Super Kami Guru

Much obliged! You've done a tremendous job with the site so far, it's great!
Reactions: Beerus

Super Kami Guru said:
Much obliged! You've done a tremendous job with the site so far, it's great!
Click to expand... 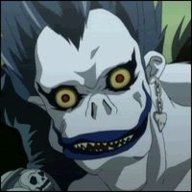 I dunno, seems like a real scrub to me. I don't think they'll last...
Reactions: Beerus and Yoshi