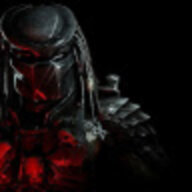 So im new to this forum but I am 33yrs old and have watched db,dbz dbgt and dbs and all games from playstation one till the kakarot game that is out now and have absolutely loved every single one. But one thing I have longed for is for raditz to get brought back and fight side by side with goku and vegeta and to level up and maybe gohan and goten along with ther uncle reach the awesome super sayian 4 transformation and I also think that piccolo needs a huge power up as he has been there from the start fighting so he needs that and trunks needs to do more with his rage like another transformation because ultra instinct is and ssg ssb is cool and all but will get boring quick in my opinion. And maybe bring back a powered up cell or cooler back as a villain and broly needs to train with the z fighter as well thank you for reading like I said this is my opinion

Raditz is in the universe's version of hell along with Cell and many others. The only way I can see them coming back in any capacity is if they do what they did in GT with Android 17 and I just don't see that happening.

If Raditz comes back, then so should Nappa honestly.
Reactions: Mustafar Reginald, Random Saiyan and Beerus

I just think they're so far below Goku, Gohan, Vegeta, etc. that there's no point bringing them back. Raditz was a joke, he'd been training and fighting his whole life and was weaker than a Saibaman? Sorry, but no thanks. Nappa, eh, maybe, but his death was one of the most satisfying moments in the entire Anime, so...I'm fine with him being forgotten about.
Reactions: Mustafar Reginald and Beerus 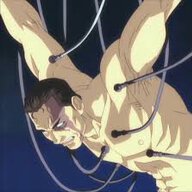 Nicknoob said:
Raditz did have goku and piccolo on the back foot and if he has been in hell and trained the whole time his power level could easily match goku n gohan and vegeta and nappa would not have to return as goku could just wish his family back and which would be his mum dad and brother and after seen vegeta is now a warrior for earth and bardock been there raditz wouldn't take to long to come around to been good

I'm saying the following to be constructive, not demeaning... BUT your comments would get better reception if you formatted them better.

By that, I mean use periods and paragraphs to make it easier to follow what you are saying.

That entire last paragraph you made was one giant run on sentence. This is because, instead of ending each thought with a period, you just added "and" and kept going.

It makes it take effort to figure out and process what you are trying to say. I imagine that most people get halfway through a paragraph like that and just stop reading.

Anyway, it seems like you are confusing canon with filler. Super retconned it a little with Frieza, but souls in hell don't get their bodies back. Frieza was made an exception, because well, he was a particularly special case.

Raditz wasn't special. He was just a random low class Saiyan in the grand scheme of things. So there's no way his soul has any corporeal existence in hell.

I honestly don't get the Raditz fandom.
His role in the series was short lived, his voice acting was cringe, he got his ass beat by two people who were 3x weaker than him, was declared a weakling by Nappa & Vegeta soon-after, and got passed up by the series' poster boy of weakness, Yamcha.
Reactions: Mustafar Reginald
You must log in or register to reply here.
Share:
Facebook Twitter Reddit Pinterest Tumblr WhatsApp Email Link