I am not caught up with the manga so I don't know everything happening in the story right now and want to avoid it but after hearing about Vegeta's new form, I couldn't help but do a bit more digging.

If you are not caught up with the manga and care about spoilers, AVERT THY EYES!!!

So Beerus mentioned that "Ultra Ego" is meant to be UI energy and ability stolen from the angels. Because Goku trained more with Whis and was able to unlock this angelic power form, it made sense that Vegeta would go the opposite route. The whole God of Destruction thing balances with the angel and because the GoD is considered to be the more "evil" half, it makes sense that they would steal the UI power from the angels in an attempt to equalize their strength. We know the angels are still more powerful though. 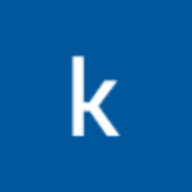 I really love this approach, and you're right, it makes WAY more sense having Vegata tap into GoD powers stolen from the angels to balance out the good that is Goku. Also makes sense it'd be nearly as powerful as the angels...wondering if that means Vegeta is still number 2 or if he's now number 1, but it would suggest he's slightly weaker than UI Goku.
Reactions: Beerus