What would happen if Goku and Vegeta meet Minato and Kushina during Naruto's birth and the Kyuubi's sealing? 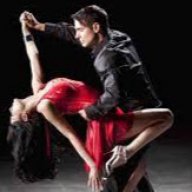 What would happen if Goku and Vegeta meet Minato and Kushina during Naruto's birth and the Kyuubi's sealing?

The Kyuubi would be dead and Naruto would have grown up with parents.
Reactions: BallroomKing

What do you guys think about the possibility of Minato and Kushina being alive in Naruto's youth and Naruto becoming the Kyuubi Jinchuriki simply by his Mother's legacy? I know it would drastically affect the story, but I think that it would have been cool to see.

I think for Naruto to become the man he ultimately became he needed that adversity he experienced in his youth. He really learned to appreciate his friends and his loved ones unlike anyone else. That being said, I still think he would have been a good ninja and a well rounded person. Maybe better trained at first, but that adversity comes into play again, do anyone think he would have reached his full potential without it?